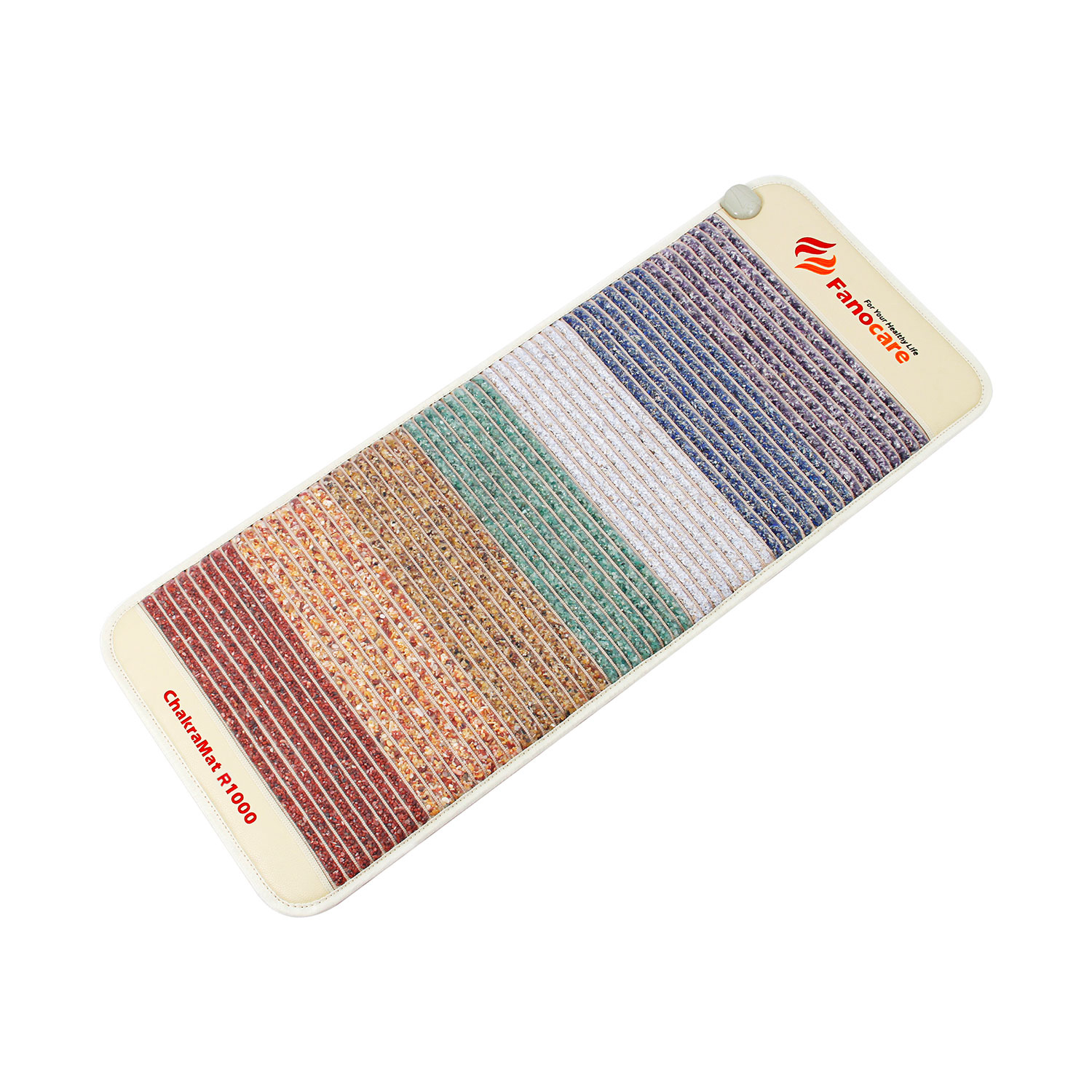 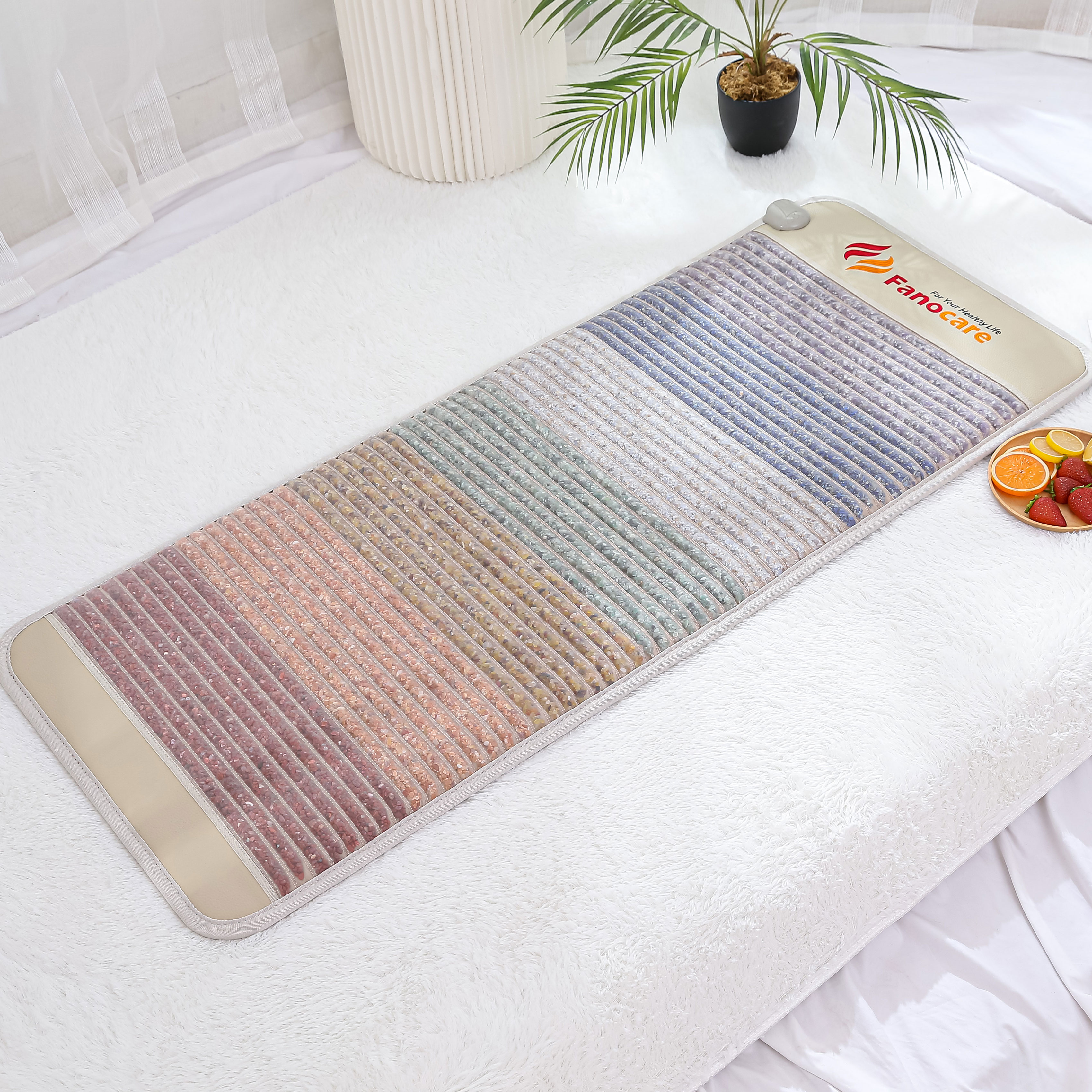 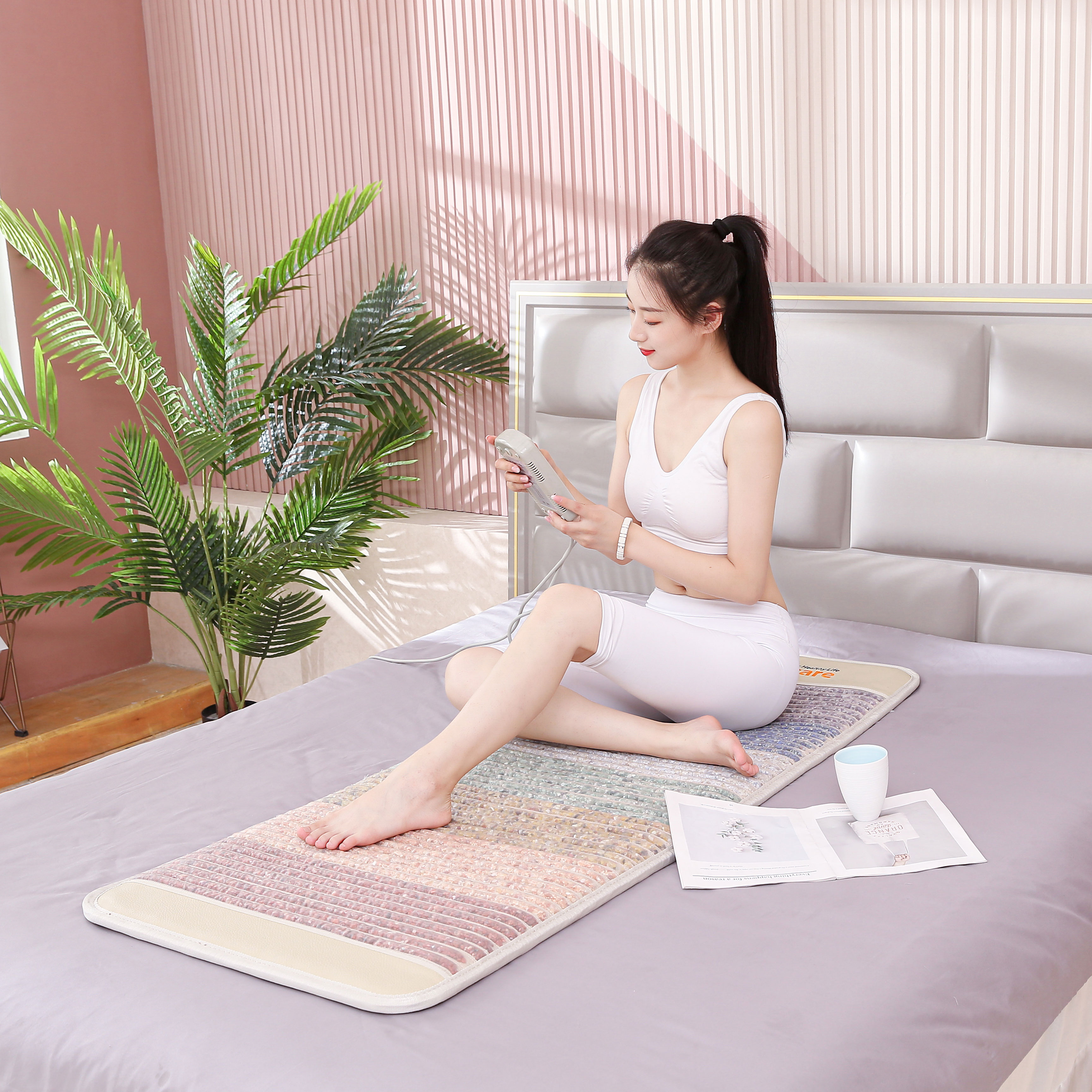 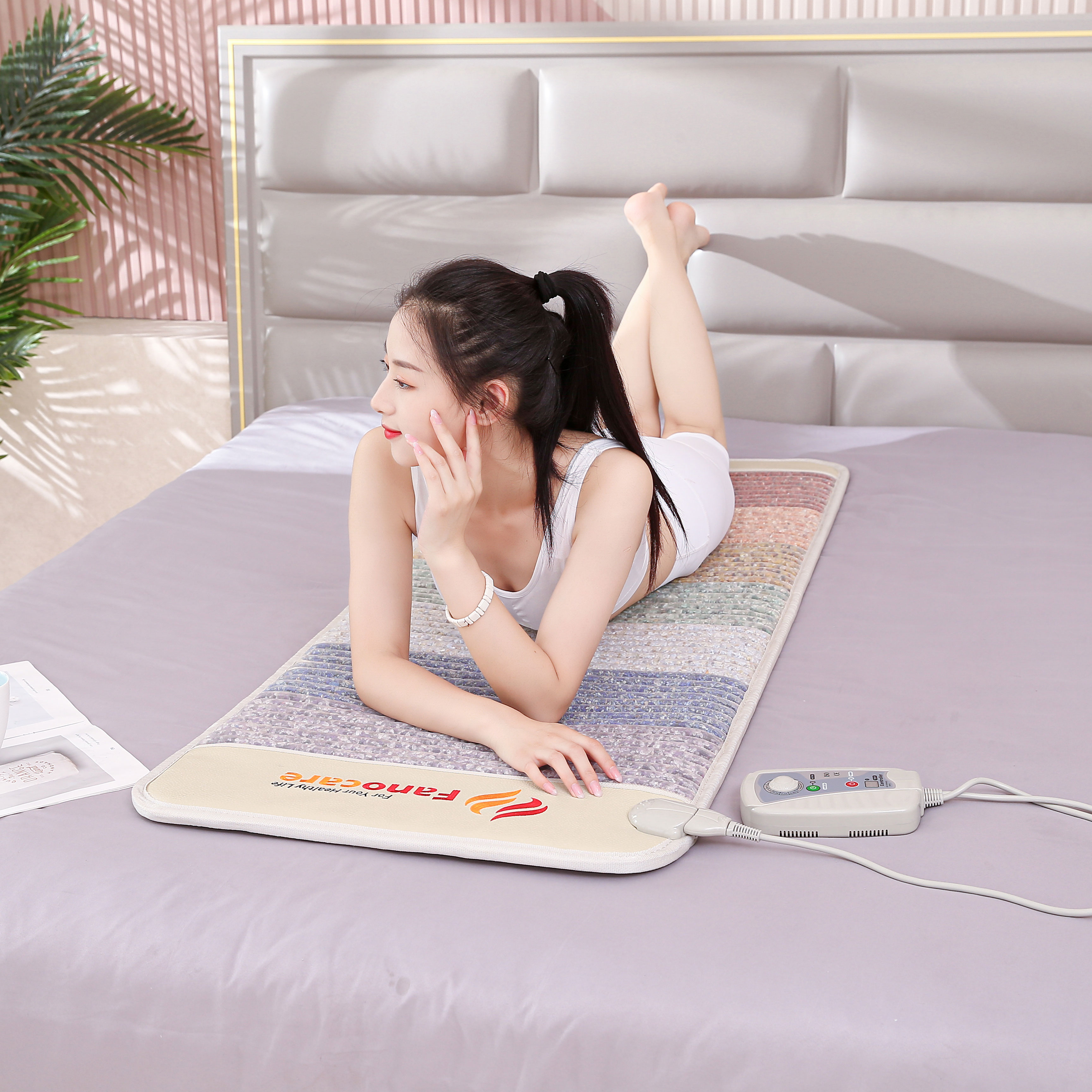 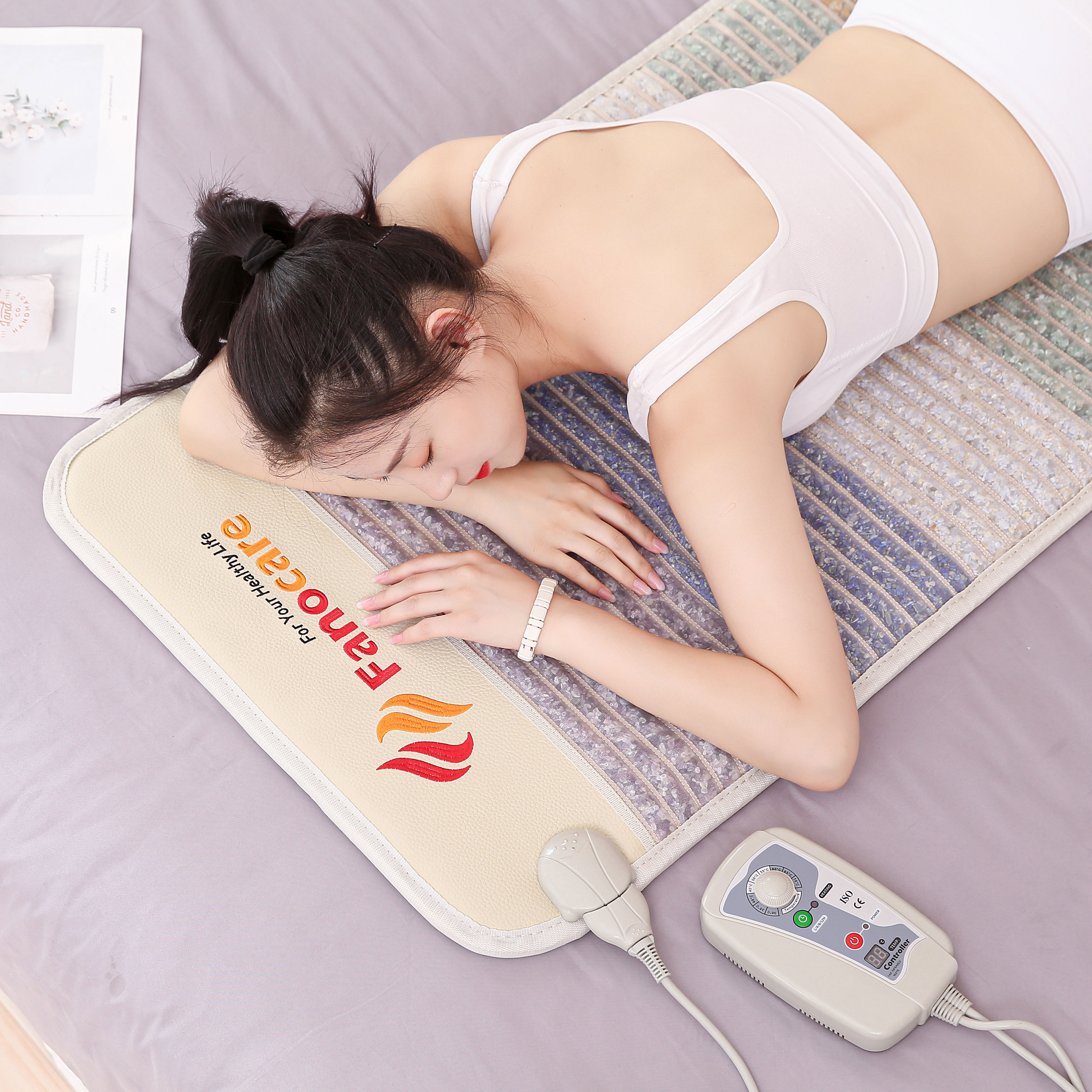 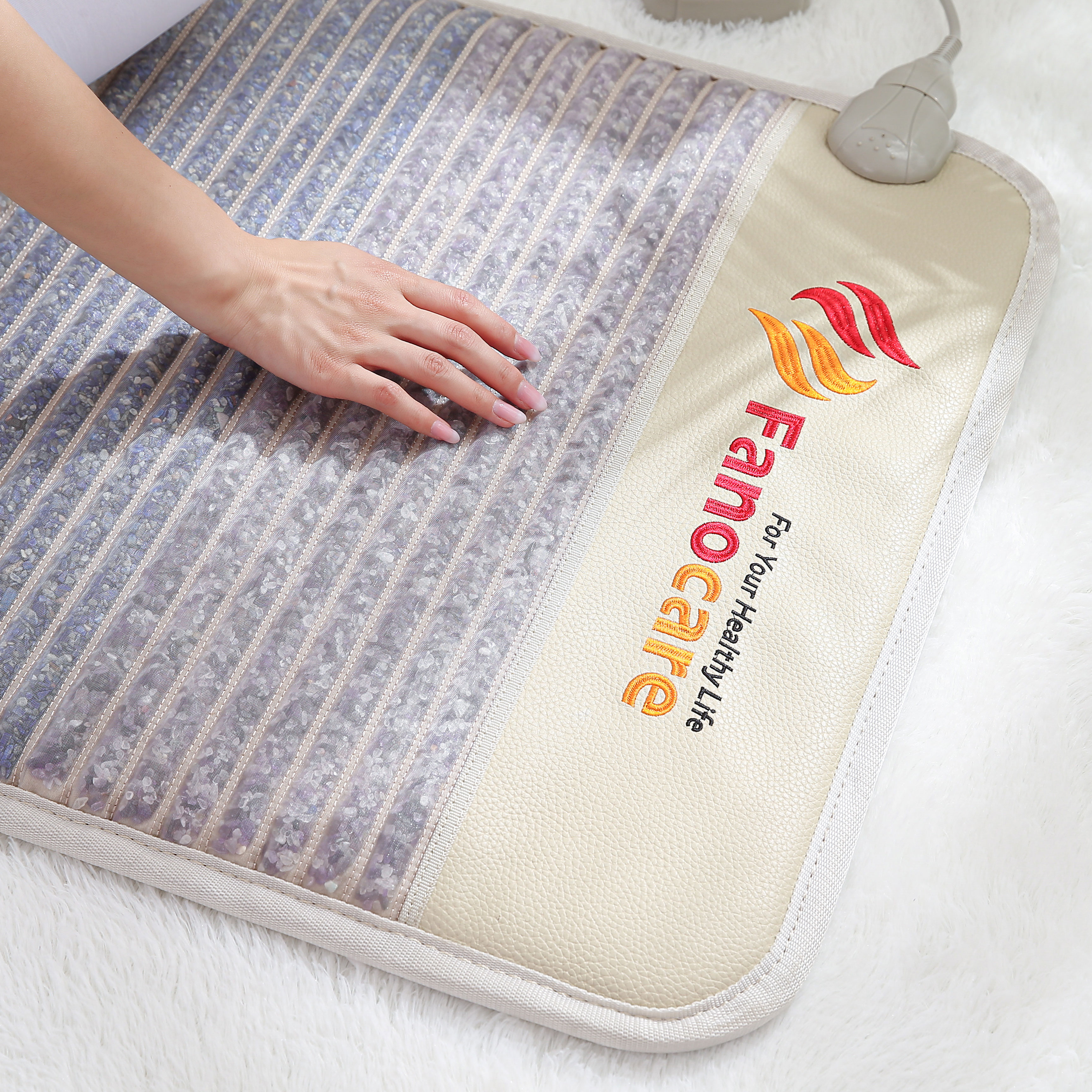 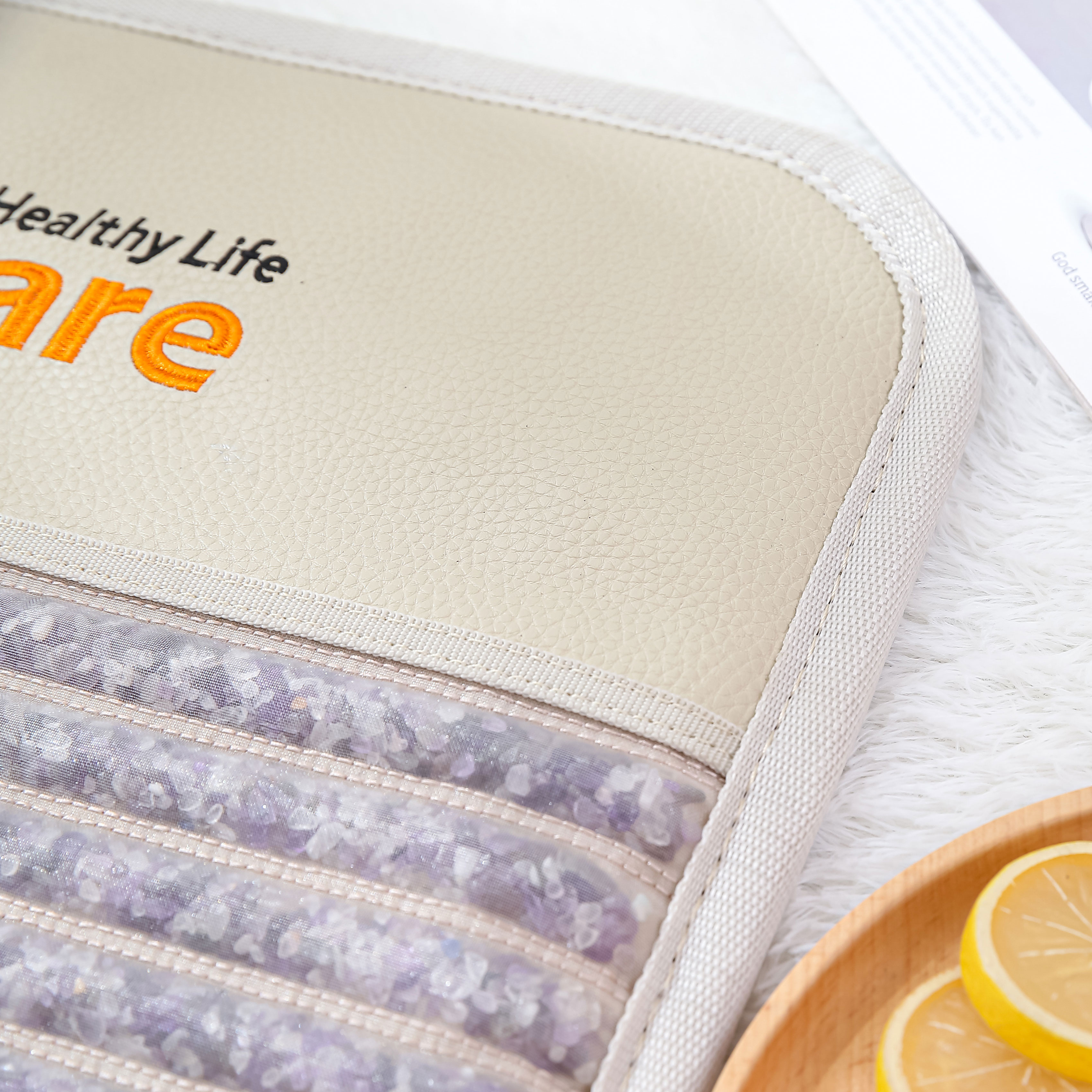 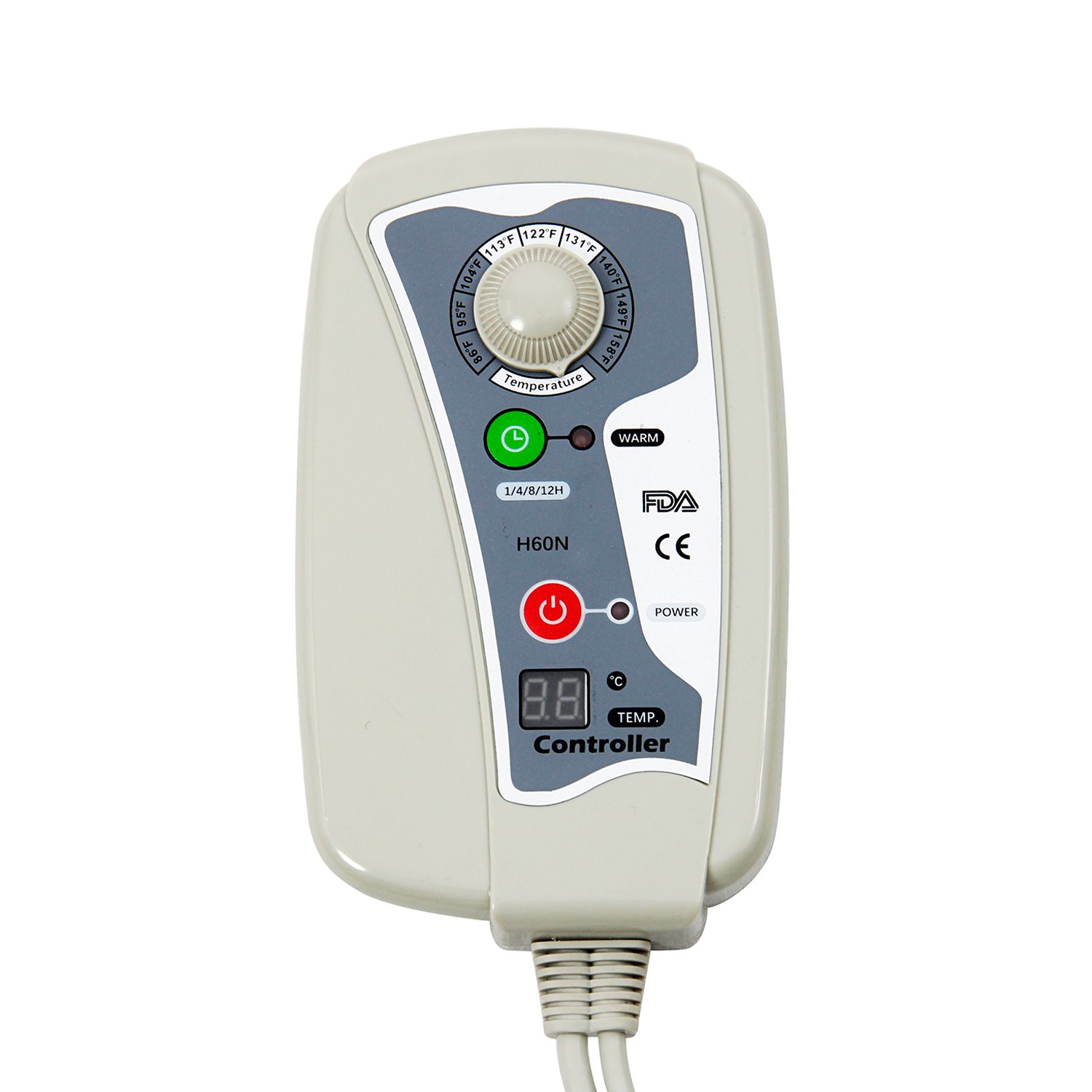 The heating mattress with 7 natural gemstone, amethyst, lapis lazuli, blue chalcedony, green aventurine, yellow agate, gold jade, red jasper. Indian philosophy believes that the chakras exist in the body and at the same time control the operation of the body and mind. Chakra is divided from Corresponding to different parts of the body. The heating mattress uses 7 gems for the chakras. Give a sense of physical and mental well-being and return to a balanced health state. The heating mattress is a high-level product of Fanocare. It can promote blood circulation, activate cells, accelerate metabolism and improve immunity, replenish the trace elements and minerals that body needs, help regulate the physiological balance of organs. 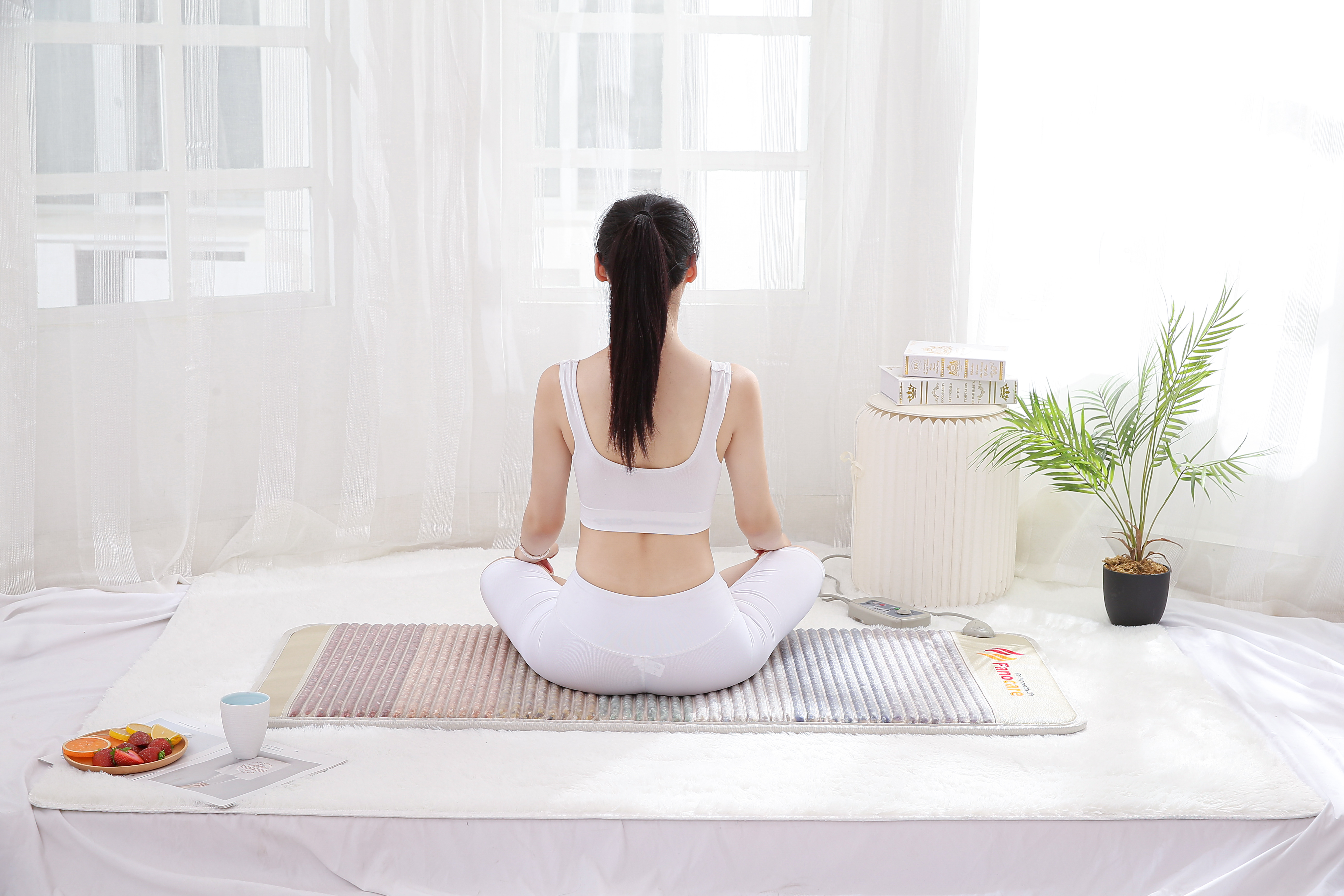 The ancient Indian yoga theory believes that the Chakra constitute the energy organization of our body, which is the gathering point of body energy. Chakra is divided from top to bottom: Sahasrara Chakra, Ajna Chakra, Throat Chakra, Heart Chakra, Nabhi Chakra, Manipura Chakra, Muladhara Chkara. Corresponding to different parts of the body.

Our Seven Gems Mattress thermal therapy combines the most advanced technology with ancient oriental medicine. It is our assurance and commitment for people health. This thermal therapy brings you health in many ways. When the mattress is plugged in, it generates a constant stream of heat that surrounds you. Gemstones release a lot of far-infrared rays and negative ions . Long-term use of them can promote blood circulation, accelerate metabolism, immunity enhancement, diminish inflammation, kill bacteria, treatment of a variety of chronic diseases, relieve the pressure, relieve physical fatigue and improve sleep quality.